I decided to do something a little different with my yearly theatre round-up this year. It's involved a surprising amount of hard work, so I don't really think I'll have many words to say about my top 15 (for it is a top 15) shows this year. You should have a read anyway, I'm quite proud of the absolute terror that lies within.

15. Violence and Son (Royal Court)
Upstairs at the Royal Court has had quite a good year. This play was a particular favourite for its exploration into sexual politics and consent issues, and an extremely powerful performance from Jason Hughes as the titular Violence.
14. I Want My Hat Back (National Theatre)
A really terrific book, which you should definitely read if you haven't already, given a delightful stage production with music and dancing and a surprising amount of explicit violence. Fun for all the family!
13. Richard II (Shakespeare's Globe)
A play of which I am quite fond, given a solid and glittering production by Simon Godwin, and populated by some superb cast members including Charles Edwards, Sarah Woodward, and this year's Globe MVP Graham Butler.

12. The Clockmaker's Daughter (Landor)
This unbearably sweet and heartbreaking fairy tale about a clockwork girl who wants to live her own life went so highly recommended this year that I simply had to squeeze it in, and was thoroughly delighted by its new material that managed to feel so familiar in a really good way.
11. Husbands and Sons (National Theatre)
In much the same way you wouldn't eat flour or sugar or raw eggs on their own, these individual DH Lawrence plays would have been very slight presented alone, but when grouped together, they became an excellent cake that successfully evoked community life.
10. Gypsy (Savoy)
Just in it for Future Dame Imelda Staunton tbh. Believe the hype.

9. Lela and Co (Royal Court)
Another triumph for the Royal Court Upstairs, this intensely claustrophobic yet beautifully written play really just crawled inside me, and I've been unable to stop thinking about it since. Sorry if you missed out.
8. The Lorax (Old Vic)
Another children's book given the musical treatment, this production is terrifically well done, and features the single best puppet since Joey and Topthorn took to the stage. Impossible not to love.
7. Nell Gwynn (Shakespeare's Globe)
Jessica Swale has done it again! As long as she keeps writing lovely and entertaining plays about women, then I'm not worried about the future of theatre.

6. Carmen Disruption (Almeida)
I'm still not 100% sure what I make of this play, but I'm reasonably confident I adored it nonetheless. Another one that crawled inside and refused to leave.
5. King John (Shakespeare's Globe)
Have you ever enjoyed a play so much that you spend the entire first act wishing the interval would hurry up so you can get your phone out and book a return trip? That's this play. People need to get over the idea that King John isn't very good, 'cos it's a terrific play, and this was a particularly fantastic production.
4. Oresteia (Almeida)
If you're reading this, odds are you already know. I particularly loved the way this production managed to make the familiar epic tale much more family feeling. I'm still angry for Iphigenia. 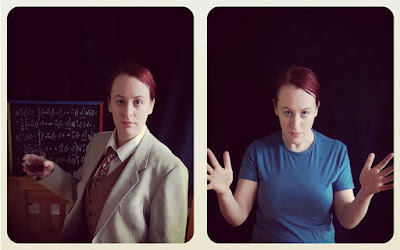 3. Oppenheimer (RSC)
What a delightful treat this was! I, like many others, enjoy a good science play, and this was nothing if not a good science play. Informing without patronising, refusing to shy away from the horrors, and possessed of a mighty fine cast, this was simply brilliant.
2. Tonight with Donny Stixx (Soho Theatre)
Philip Ridley has reovertaken Tom Wells as my favourite living playwright with this extremely funny but also extremely dark play. Feverishly performed by Sean Michael Verey, I don't think I've ever gone from riotous laughter to stunned silence so quickly before. 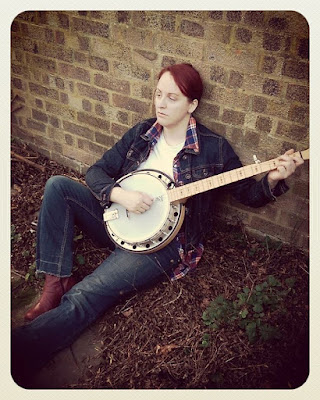 1. Assassins (Menier Chocolate Factory)
I suspected in January that this would be one of my favourite productions this year, and we are now at the end of December and I was right. I saw it four times in total and could happily still be seeing it now.

Hero of the year
The Almeida takes this one easily. The Gold Season had some brilliant plays, the Greek Season had not only plays but also the fantasticness of the Iliad and Odyssey which could be viewed live but were also streamed online, and although I wasn't sold on the first of the Lying On The Ground Season, I'm optimistic about the next one. Great job, Rupert Goold! And A++ on the handsome usher front!

Stinker of the year
We Want You To Watch (National Theatre)
I'm still angry about having paid money to watch this. I'd say it felt like something dreamt up in a GCSE Drama lesson at a liberal girls' grammar school, meant only as an exercise and never for public viewing, only that would be extremely unfair to GCSE students as I'm sure they could produce a much higher quality of play than this. I will never choose to see anything by this theatre company again, and I am very happy with that decision.

And that, as they say, is that! Thanks for looking, thanks for reading, and thanks to my intrepid wardrobe mistress and photographers (mother, sister, niece) for all their help. If you want to see any of the pictures better, they have all been heavily filtered courtesy of my Instagram. See you in 2016!