If the road to hell is paved with good intentions, then there's a beautifully smooth dual carriageway leading directly from my house to the pit of eternal despair. I've been meaning to write up my 2013 in theatre, but there are two problems. On the left, my 30th birthday present to myself. On the right, my Christmas present from my sister. 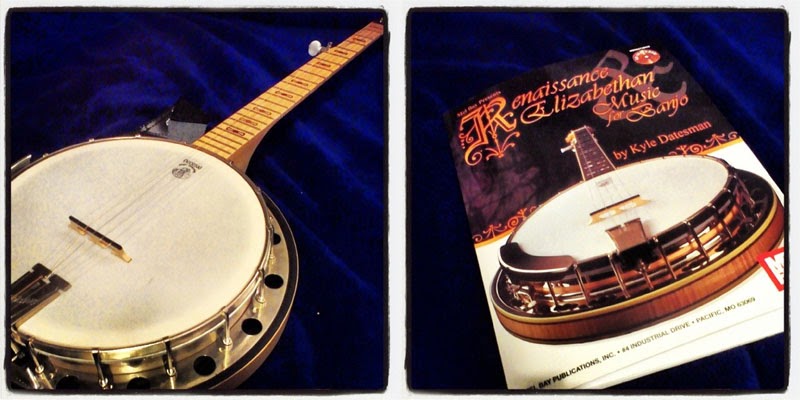 On the one hand, I'm getting pretty good at 'Greensleeves'. On the other hand, with this deadly combination forever within arm's reach, I'm never going to take the time to rank everything in categories and scribble a witty paragraph about each. What I have managed to do is pick my 25 favourite productions for the year and rank the top 5. Behind the break: my 6th to 25th favourite productions of 2013, in no particular order, and lumped into arbitrary groups.


The Musicals
Hey, I've managed to see some musicals this year! Thirteen in total, I believe! The first one I will carry forth in my memory is Merrily We Roll Along at the Menier Chocolate Factory, rightly battering down the misconception that it's a lesser Sondheim with brilliant performances under the nifty direction of Maria Friedman.
Then there was quite a gap before The Light Princess finally touched down at the National. I'm not wholly the show as written managed to live up to the build-up, but the production was unbelievably stunning and the performers unspeakably excellent.
From there it wasn't long before The Scottsboro Boys arrived at the Young Vic, a tightly written, brilliantly directed, and intensely performed piece that left me as uncomfortable as it left me impressed.
And finally, American Psycho, which was just as offbeat and hilarious as the original novel, though did leave me with a ridiculously '80s soundtrack going round and round in my head for quite a long time afterwards.

The Plays
Having missed Di and Viv and Rose by Amelia Bullmore when it played the Hampstead Downstairs, I was very pleased to see it making a comeback in the larger auditorium, particularly as it was such a great play. Don't let anyone ever tell you that plays about women are rubbish.
A play that has stuck horrendously well in my memory and quite possibly damaged the way I look at certain people forever is Narrative by Anthony Neilson at the Royal Court Upstairs. I wish more people had seen it, because I sound like a compulsive fantasist when I try describing its twisted brilliance.
The play that got all the fuss and all the favourite reviews this year was Chimerica by Lucy Kirkwood at the Almeida. I loved it too.
A surprise favourite this year was Liolà at the National, originally by Pirandello but rejigged by Tanya Ronder. I was utterly seduced by its charm, which is sort of horrible when you consider what it was about, but it was just such an excellent production damnit! If I were going to have my honour stained, I'd want it to be because of a handsome Irish man who is followed around by his own personal folk band.
A less surprise favourite was Marlowe's Edward II, also at the National. Though I can see how Joe Hill-Gibbins's peculiarly Young-Vic-ish style could alienate and enrage a more conservative audience (and lord knows it blew my mind at first), there is nothing in this world more wonderful than John Heffernan as a deposed king. Unless it's John Heffernan as a deposed king with Kyle Soller as his lover and Vanessa Kirby as his wife, I guess.
RidleyFest 2012 may be over, but 2013 wasn't going to let go that easily, with a hilariously dark and entertaining production of The Fastest Clock in the Universe. If Philip Ridley isn't universally considered to be our greatest living playwright, then that's because the universe is stupid. Give it time, chaps.
And then, sneaking in as my very last theatre trip of the year but no less beloved for its lateness, In the Next Room, or the Vibrator Play by Sarah Ruhl turned up at the St James Theatre with an interesting historical topic and FABULOUS FEMALE CHARACTERS and also Ed Bennett. So it was a winner all round really.

Solo Performances
Every one-person show I've seen for the last couple of years has been BRILLIANT. So I'm sure you'll excuse me if I narrow it down to just the best of each gender. In the ladies' corner is Josephine and I, written and performed by the incredible Cush Jumbo, and representing the gents is Sea Wall, written by Simon Stephens and performed by the unmatchable Andrew Scott. If these two have not received dame-/knight-hoods for services to drama before the end of this century, then the whole system is (even more) FLAWED (than it is)!

Shakespeare
It has been a fantastic year to be a regular Globe visitor. I can point you to four people who've each declared a different Globe production as their favourite for the year, and I'd be hard-pushed to disagree with any of them. Jeremy Herrin's The Tempest came first, and somehow turned one of the dullest plays I know into a thing of joy and repeated visits. The characters were all fully-realised people, the production didn't sag at all, and I can't wait until it's on DVD.
Next up was A Midsummer Night's Dream, courtesy of Dominic Dromgoole. It's such a glorious play that it's easy for directors to take it for granted and deliver something that doesn't really rate any higher than enjoyable. This time, however, the direction more than lived up to the source material, which is also thanks in no small part to the fabulous cast (HOTTEST OBERON EVER, and he wasn't even the best one).
Then came my second Macbeth of the year, and hands down my favourite. Though a lot of people were disconcerted by the lighter-than-usual tone employed by director Eve Best, I found it added a hell of a lot in the way of pace and humanity, which are usually places where this play falls down for me.
And there was a rare but delightful opportunity to see the Henry VI trilogy in the form of a touring production. It was absolutely the best thing to be able to share these amazing plays with people who've never had a chance to see them before, especially with such a great production from Nick Bagnall.
Of course, the other Shakespeare companies have been doing good work too. The RSC pulled off a fantastic Titus Andronicus, with the help of director Michael Fentiman and one of my top three RSC ensembles ever, which I wish I had been able to see more than twice.
Having managed to see three Propeller productions this year, I'm pleased to report that their Twelfth Night has made it into my not-overly-selective list of 25 productions I enjoyed this year. Though it wasn't quite the production I have in my head, it did such excellent things with Orsino that I couldn't help but love it a great deal.
And finally for tonight comes a spot of recognition for the Tobacco Factory's beautifully clear and charming production of The Two Gentlemen of Verona. I'm a big fan of the play, and it was utterly delightful to see a production that more than lived up to my feelings for it.
Posted by Weez at 23:36